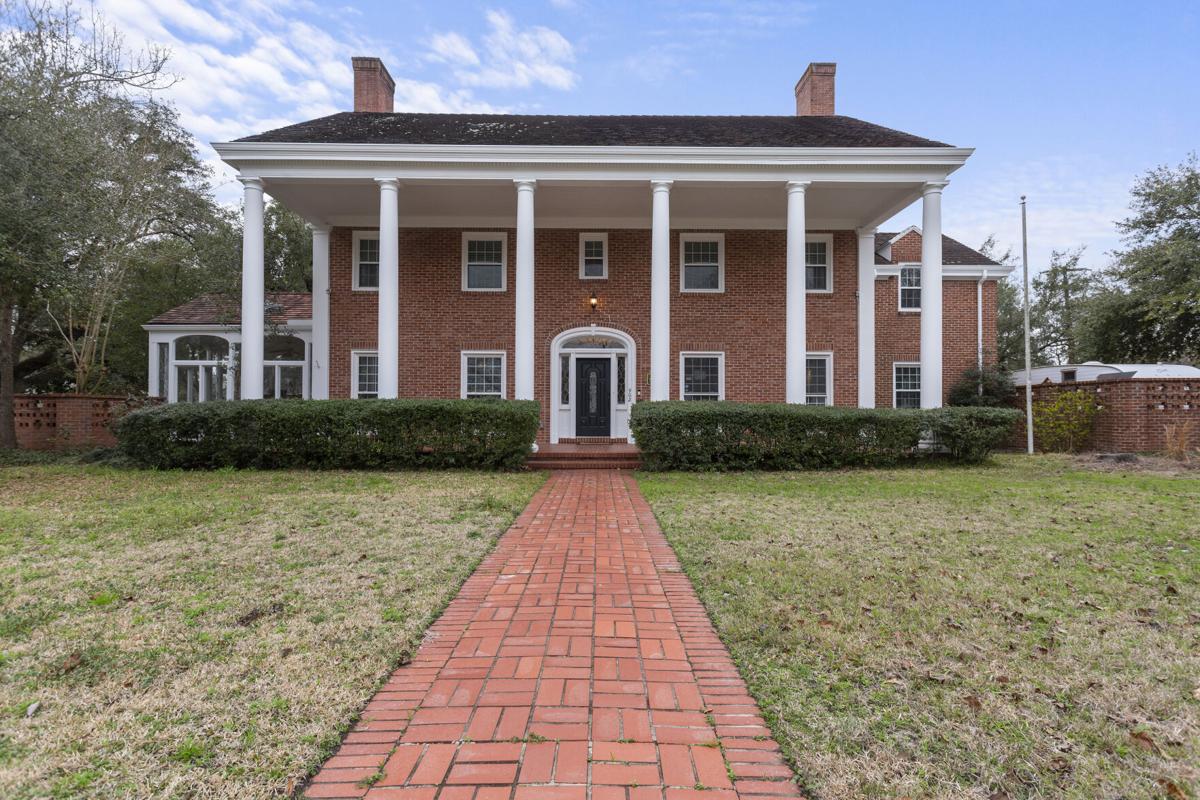 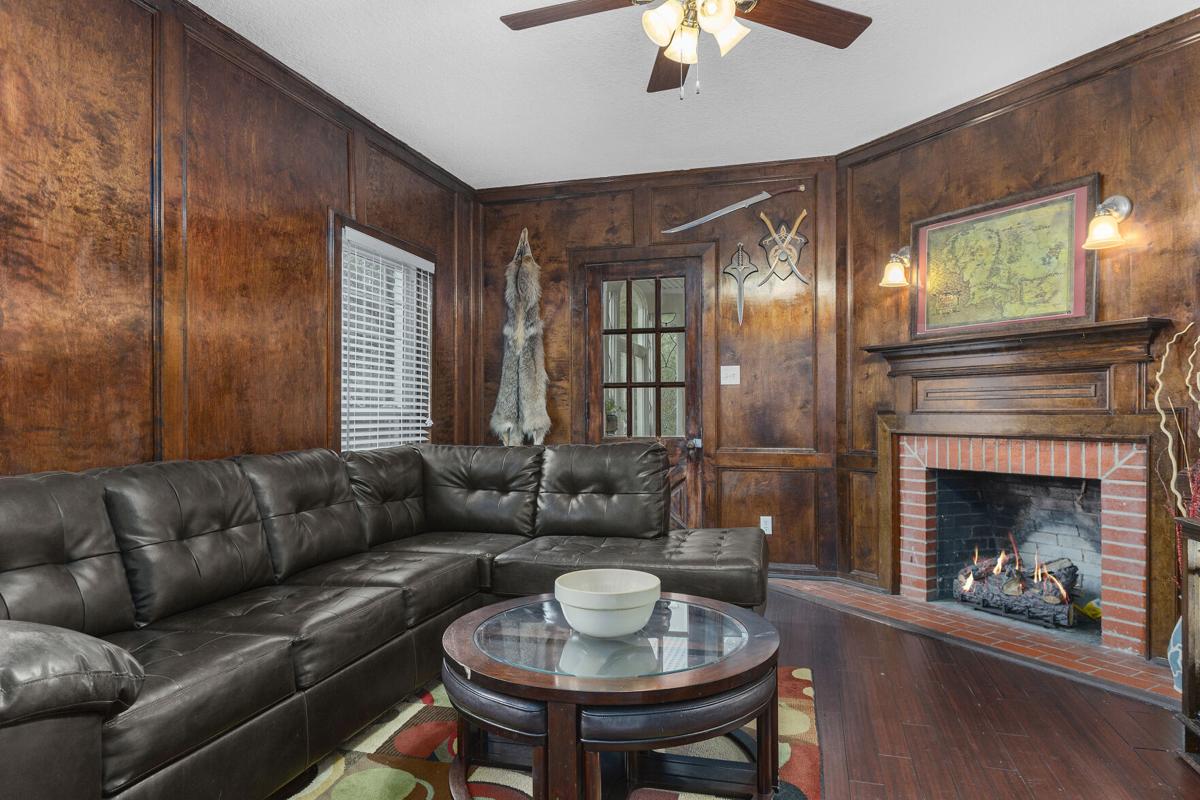 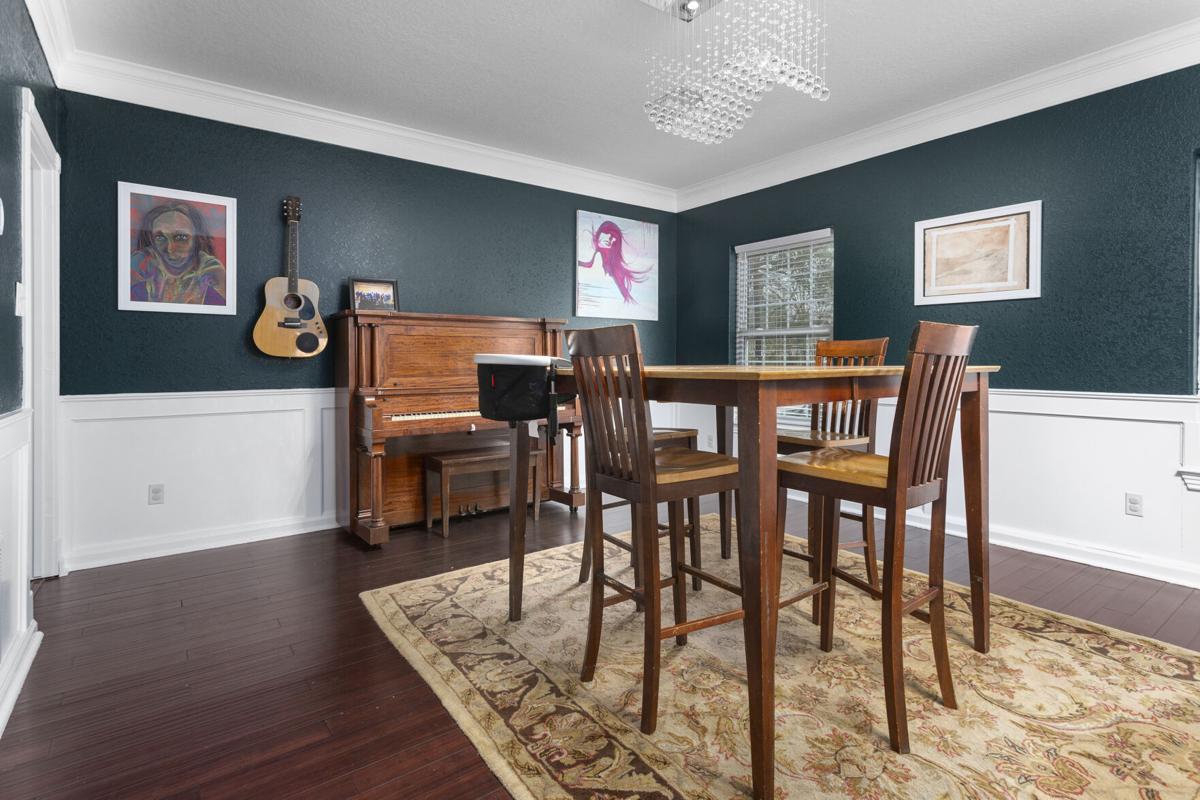 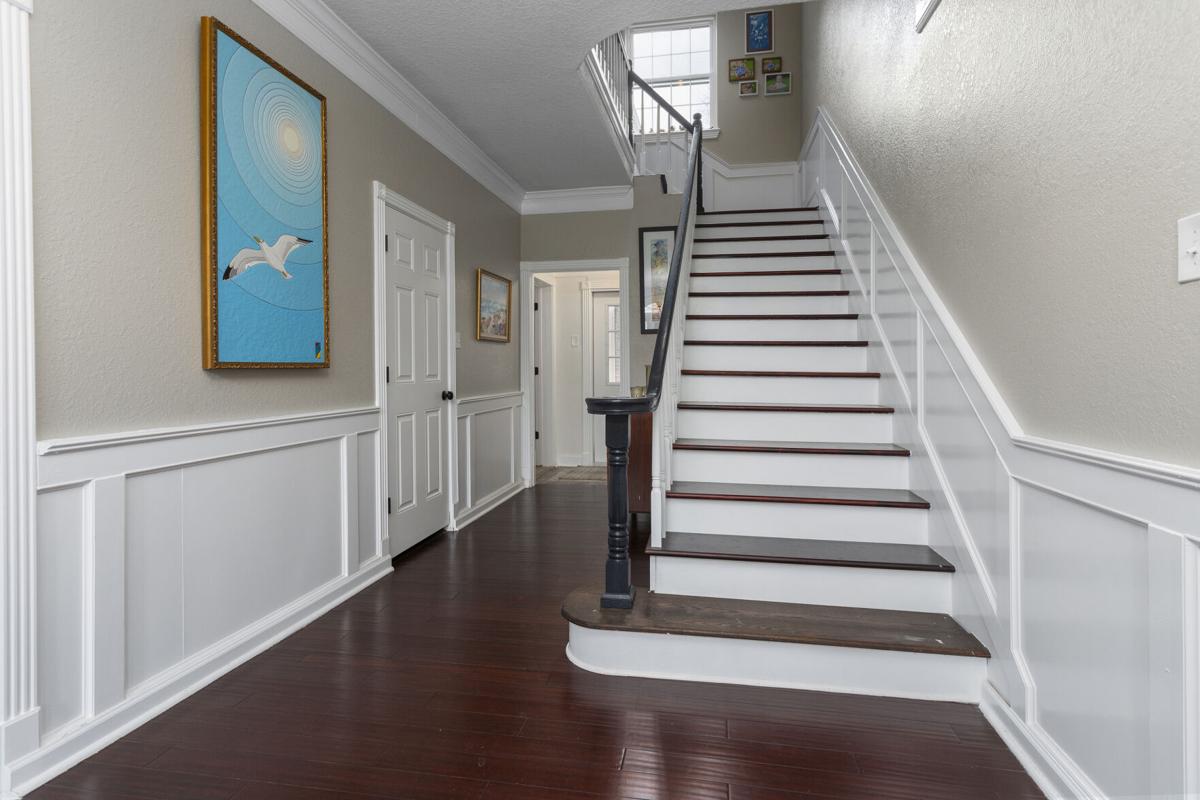 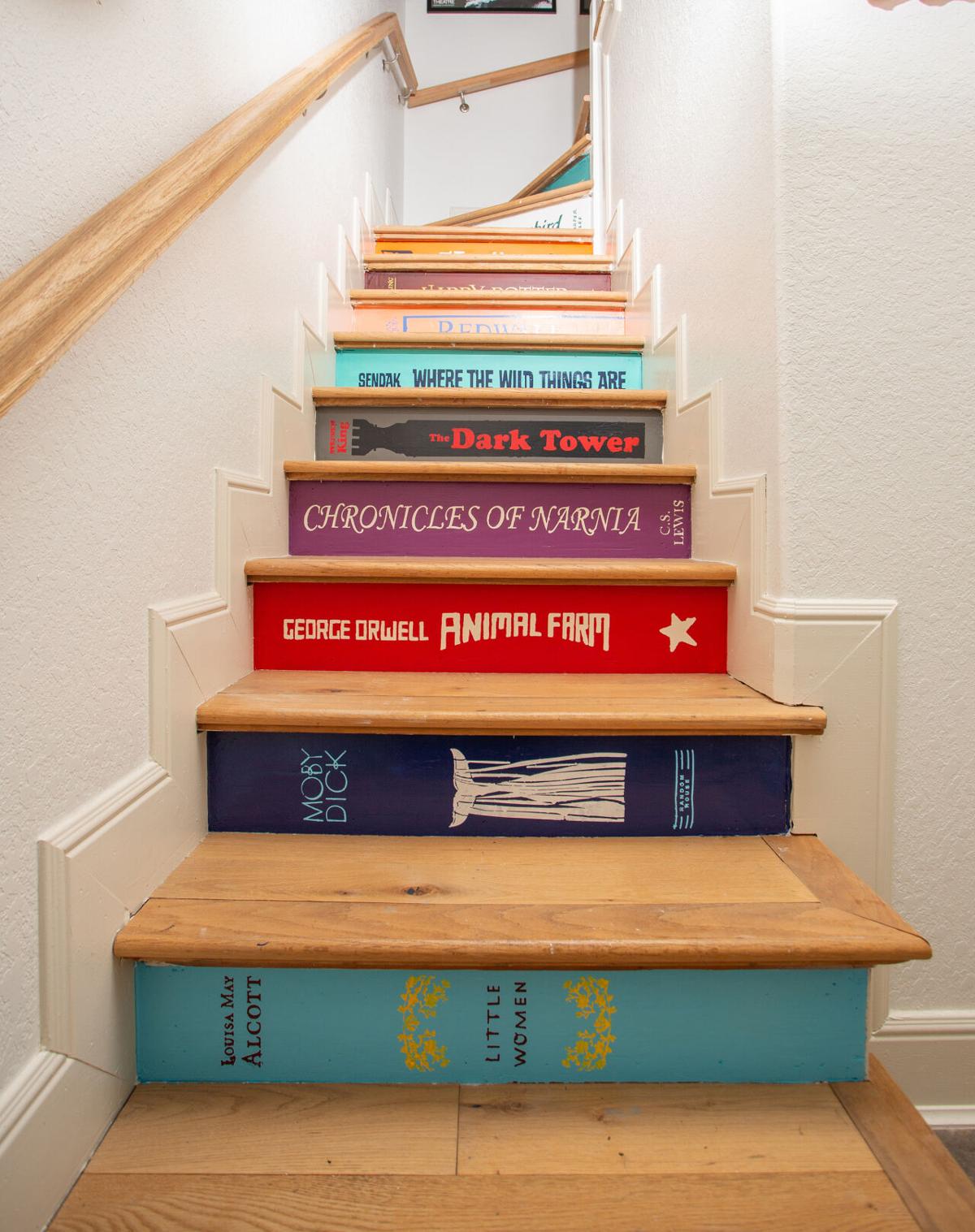 Nestled within Lufkin’s neighborhoods, houses built in decades past by prominent families captivate the attention and imagination of homebuyers swept up in the romanticism of homes filled with history and hopefully some ghosts.

Erin Gentry was never uncomfortable alone, even as she moved inch by inch through a home long neglected and in need of more than a little repair in the late nights after teaching art classes.

She and Josh, her husband, waited nearly a decade for the house to come up for sale. But it was long after they moved into the former Henderson House that the smell of cigarette smoke from an unidentified source and flashes of an elderly man moving quickly through the old halls taught them of the residential ghost.

“I was painting the downstairs entry wall and I felt someone standing right behind me on the ladder, and I said, ‘Hey, do you like the paint color,’ and the feeling was gone immediately,” Erin said. “So you can take that as you will. But we’ve definitely had a few experiences. None of them have been like evil or scary.

“I have never once been afraid, even at night by myself in the house. But, could there be something here? A house with such a colorful past, how could there not be?”

The Gentrys purchased their home with a Fannie Mae loan to not only cover the cost of the house but to restore the home. The couple was among the first to receive a loan for this type of project through their lender, Erin said, adding there were more than their fair share of hurdles along the way.

A mix up in Social Security numbers and learning no blueprints of the property were available were just two of the struggles the couple faced in turning their dream into reality.

In focusing on each problem at hand, the nearly yearlong process to receive the loan left the couple with a massive home hosting four bedrooms, a den, living room, kitchen, dining room sunroom, two car garage, pool and poolhouse.

The home has been renovated through efforts by Erin and local contractor Harry Hammond of HAC Enterprises. This process has taught her a lot about what she can do and what she can learn to do, she said.

It’s impossible to feel anything but miniscule stepping on the short walk up to the house. Massive columns reaching from the large front porch to the roof stand guard of the front door.

The front entrance leads into a lobby of sorts with a staircase rising to the home’s second floor and a hallway leading into a guest room, breakfast room and kitchen.

To the left of the entrance sits a den with dark paneling, home to a large leather couch, a wall of books, fireplace and Erin’s poisonous tree frogs. The den leads to a quiet sunroom where the couple has herbs planted in leftover pallets — though the buds had not yet sprouted in the February cold.

Outside, a sizable blue pool rests serenely beneath bare winter trees. The Gentrys three dogs jump and wiggle at the sight of visitors, though careful not to knock on the sunroom’s windows.

Erin wants to leave as much of the original home as she can, she said. The sunroom showcases this with the original window panes still mostly intact.

To the right of the entryway a comfortable, modern living room is home to toys for the couple’s daughter. A doorway from the living room leads into a dining room, notable for lovely peacock green walls and a shimmering chandelier.

A guitar and pieces of art selected specially by Erin break up the dark walls and windows.

“I’m a little bit particular about the art we hang,” she said. “If I don’t know the artist, or I don’t know their work, I try not to hang it. Very few things are actually posters or prints.”

A back staircase leads from the kitchen to Erin’s art studio, connecting to the master bedroom.

Each step is painted with the spines of the most influential books in her life. It’s the project in the house of which she’s most proud.

Both her studio and bedroom enjoy massive windows that soak in light even on cloudy days. Her studio radiates warmth while colors peak out from finished and unfinished projects.

This room sold her on the house and eased her trepidation of turning the longtime neglected house into a home for her growing family, she said.

Astrid, the youngest Gentry’s room sits just down a short hallway from her parents’ and is home to the toddler’s prized possessions. There is still stuff for the couple to do to finish the room, but there are little charms like a wooden rocking horse and a wall painted with the constellations the little family saw the night she was born.

The home is rife with history from two main families who utilized the property, John Henderson’s family and the Wonzers. Erin spends her free time searching archives and speaking with people in the community who remember the home’s history.

John Henderson’s untimely demise came after falling through a hole at the paper mill and into a fiery inferno, she said.

The Wonzers bought the house after they won a lawsuit caused by an incident that left their daughter, Taffidie, permanently disabled. They did most of the updating from the original, 1940s design, Erin said.

There is still plenty of work for the couple to complete and they will continue to rely upon Hammond and his resources as they move forward in repairing problems that have developed over the years.