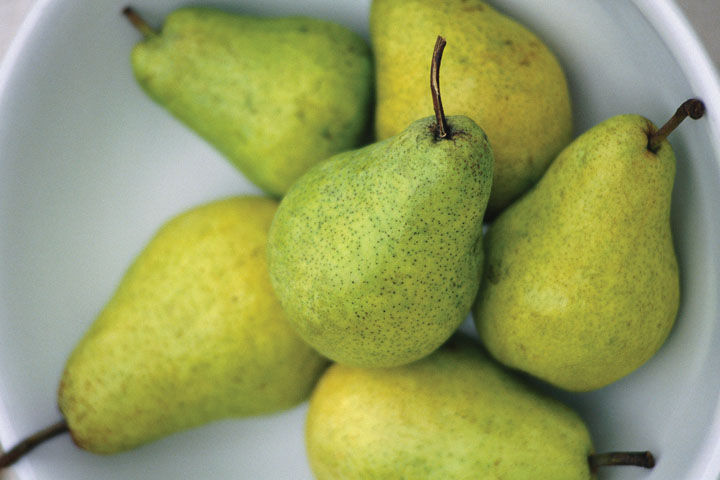 Unlike most fruits, pears must be picked from the tree before they ripen for best flavor and texture. If left to ripen on the tree, pears become coarse and gritty. 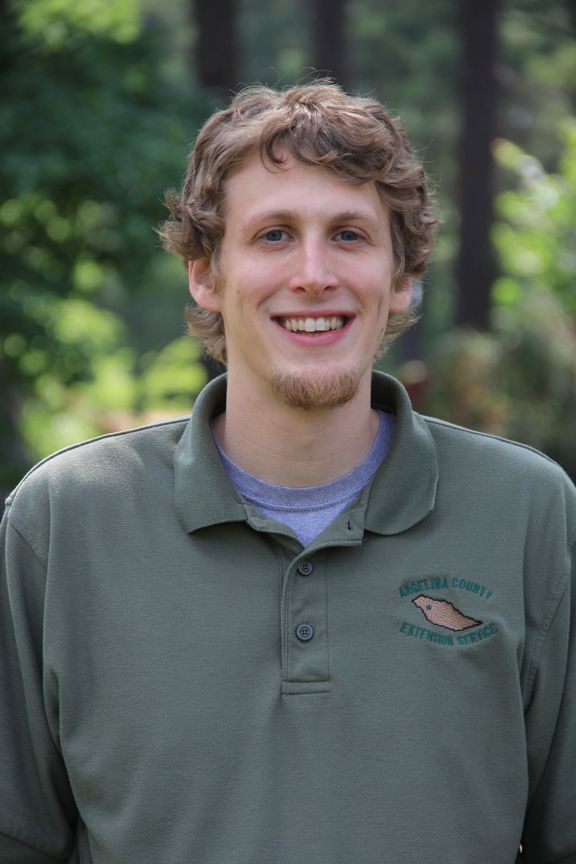 Joel Redus is a Registered Dietitian Nutritionist and County Extension Agent for the Texas A&M AgriLife Extension Service in Angelina County. He enjoys experimenting with growing and cooking food and exploring the outdoors with his wife, Michelle. Contact:  (936)634-6414 x101 or joel.redus@ag.tamu.edu.

Pears are available in groceries nearly year-round, but are plentiful in East Texas backyards and home orchards from late July through October. With proper conditions and a little know-how, anyone can enjoy an abundance of delicious fruit to be enjoyed fresh or preserved in a variety of ways. Pears are popular in home orchards because they are relatively low-maintenance and more tolerant of heavy, wetter soils compared to many other fruit species. Be aware that at least two varieties are needed for pollination.

European pears, including the common commercial varieties Bartlett, Bosc and Anjou, require more cold winter days than East Texas offers. The successful growth is also limited by the bacterial disease known as fire blight in all but arid far-west Texas.

European hybrid pears were bred to increase fire blight resistance. Suitable varieties for our area include Kieffer, Moonglow, Orient and Le Conte. As evidenced by the longevity of some of these varieties, travelers can find old homesteads where the house may be gone, the fireplace only a relic, but the pear trees in the yards are still alive and productive.

Asian pears are relatives of “true” pears. Less susceptible to fire blight than European pears, but will likely get infected in continuously soggy soil. Yali and Tsu Li are most commonly grown around here. If you haven’t tasted an Asian pear, you’re missing out! Flavor is somewhere between a pear and apple, very sweet and refreshing.

Unlike most fruits, pears must be picked from the tree before they ripen for best flavor and texture. Tree-ripened pears do not have the best quality. If left to ripen on the tree, pears become coarse and gritty. Pick pears when they are mature but still firm, and before they fall to the ground.

Buy fresh pears that are fairly firm but not hard. Undersized fruit that’s not mature may shrink or shrivel during storage. Color is not always an indication of ripeness.

To ripen, keep pears in a cool, humid place (60-70 degrees) for a few days. Store in a brown paper bag, box or similar container. Dampen a small sponge or some cotton balls and tuck in the bag to provide humid conditions for storage and to prevent shriveling.

A pear is ripe when it gives a little when you press gently near the stem end and on the sides. When fully ripe, store in the refrigerator. However, they absorb odors easily during storage; potatoes and certain other vegetables will give them an off-flavor.

Pears in the kitchen

There are many ways to enjoy fresh pears — as a snack, low-calorie dessert, with a cheese tray or in pies, cakes, muffins and cobblers. They may be canned for salads and desserts or made into preserves, pickles, mincemeat, chutney, marmalade, jam or dried for snacks and cookies. Pears may be frozen, but this method of preservation is less common.

Peel and chop pears to measure 1 1/2 cups. Combine pears, sugar, milk, oil, egg and raisins. In a separate bowl, sift together remaining ingredients except oats. Stir in oats; add liquid mixture and stir just until blended. Spray 16 muffin cups with cooking spray. Fill each cup about 2/3 full with batter. Bake in a preheated oven at 375 F about 20-25 minutes or until golden brown. Serve warm.