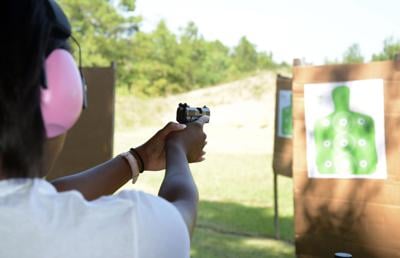 In 2015, Gov. Greg Abbott signed House Bill 910 into law, making Texas the 41st state to allow citizens to openly carry a handgun. The right to carry a firearm in public is legislated by the state and the rules can change during legislation. In order to open carry, you must obtain a license to carry (LTC), formerly known as a concealed handgun license (CHL).

The United States Constitution is the standard by which every law should be made in this country and reviewing it will lead to a greater depth of understanding of the laws and rights we, as Americans, possess.

Many people believe the right to publicly carry a firearm is given to us by the Second Amendment of the Constitution, but this is a misunderstanding. It states, “A well regulated Militia, being necessary to the security of a free State, the right of the people to keep and bear Arms, shall not be infringed.”

The wording is vital, because it informs us that gun ownership is a right of the people and the laws to regulate a militia are a state right. A militia is neither a freestanding military force, nor a group of white men up in the woods with a generator and swastika tattoos. Rather, it is a group of private citizens carrying firearms in public to defend themselves against tyrannical government, invading foreign military forces or to protect family, a third party or themselves from violent criminal acts.

But how do you regulate a militia of private citizens in our modern society? How do you manage a group of people under the same restrictions, training and standards, while allowing them to maintain their private citizenship? States have responded to this challenge in a variety of ways.

Texas developed the LTC, and many other states have CHL and CWP (Concealed Weapon Permit) programs. This allows the states to regulate and train militia personnel in a modern world.

2020 has brought us a global pandemic, political mudslinging at epic levels, racial division and regression in our society and riots destroying the private businesses and livelihood of thousands. It seems we are teetering on the edge of devastation in this country and rapidly losing our moral center. At this juncture, it is imperative to know your rights and how to defend yourself and your property.

Shoot Perfect in Lufkin can provide you, your family and your friends and coworkers with the proper tools needed to move through this world safely. Refuse to be victimized and stand up for what is right, through a deeper understanding of the law and how to protect yourself.