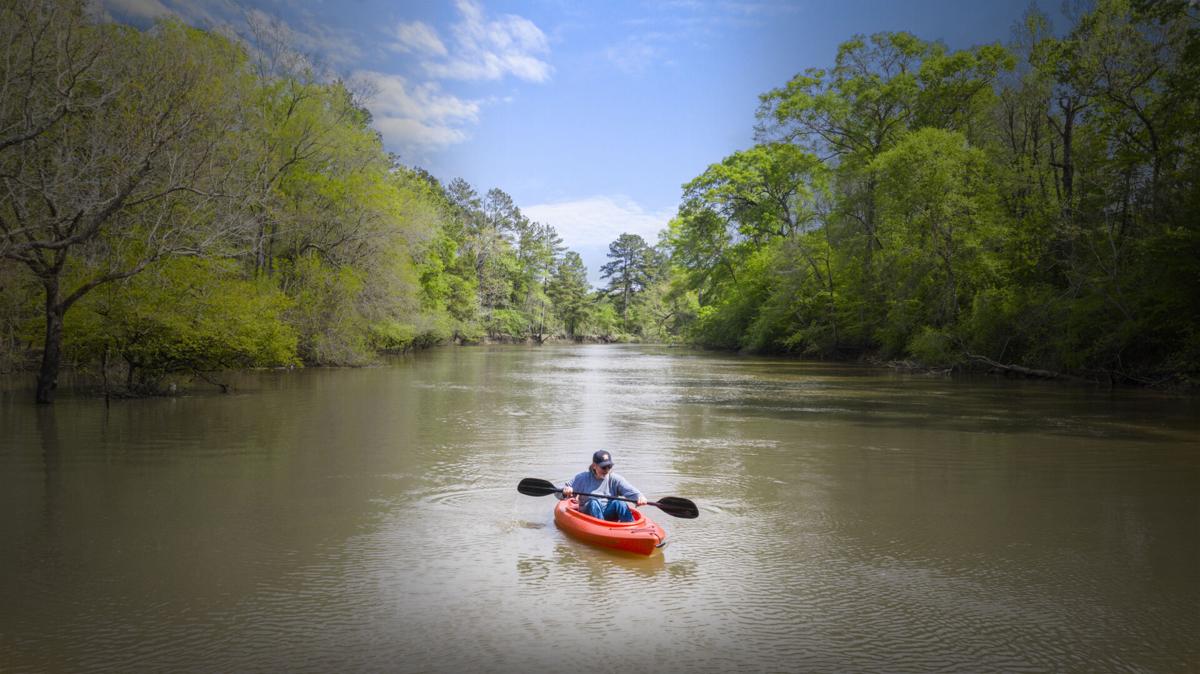 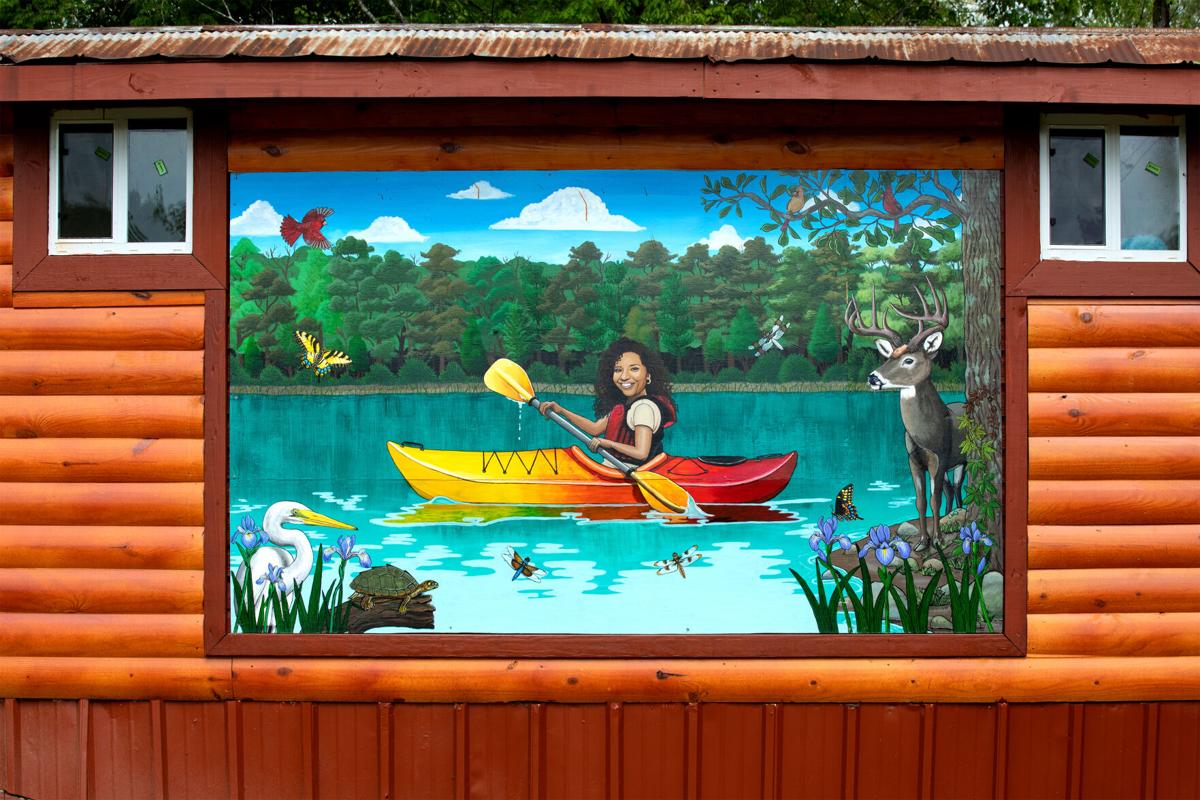 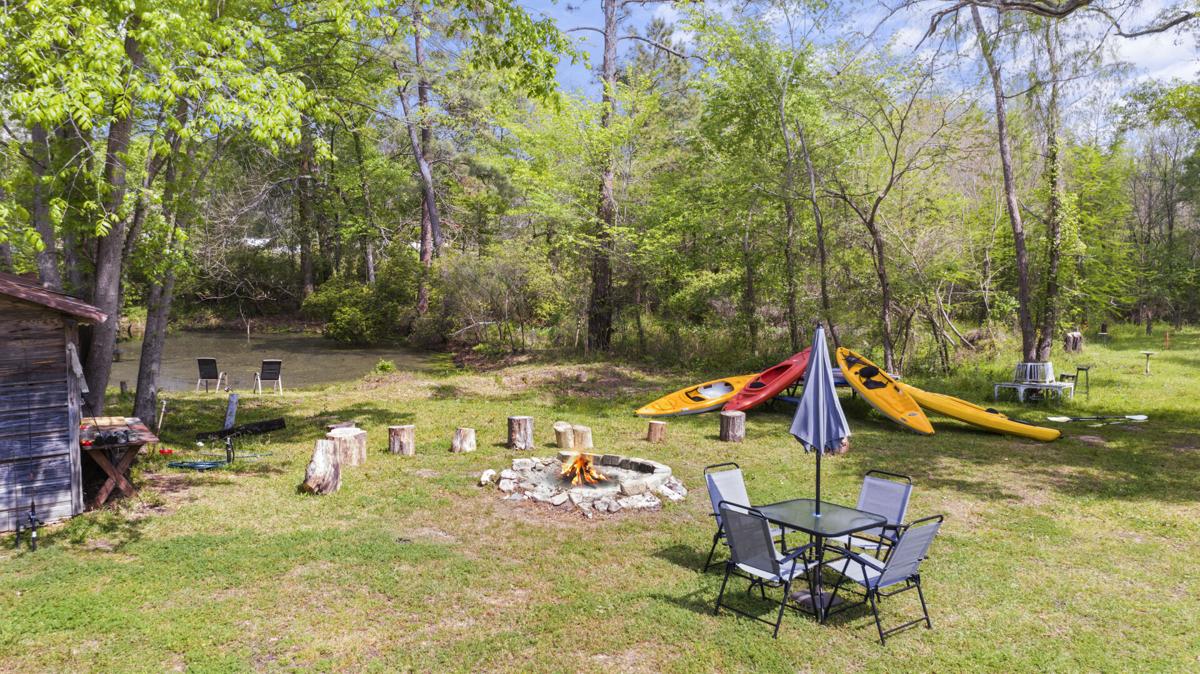 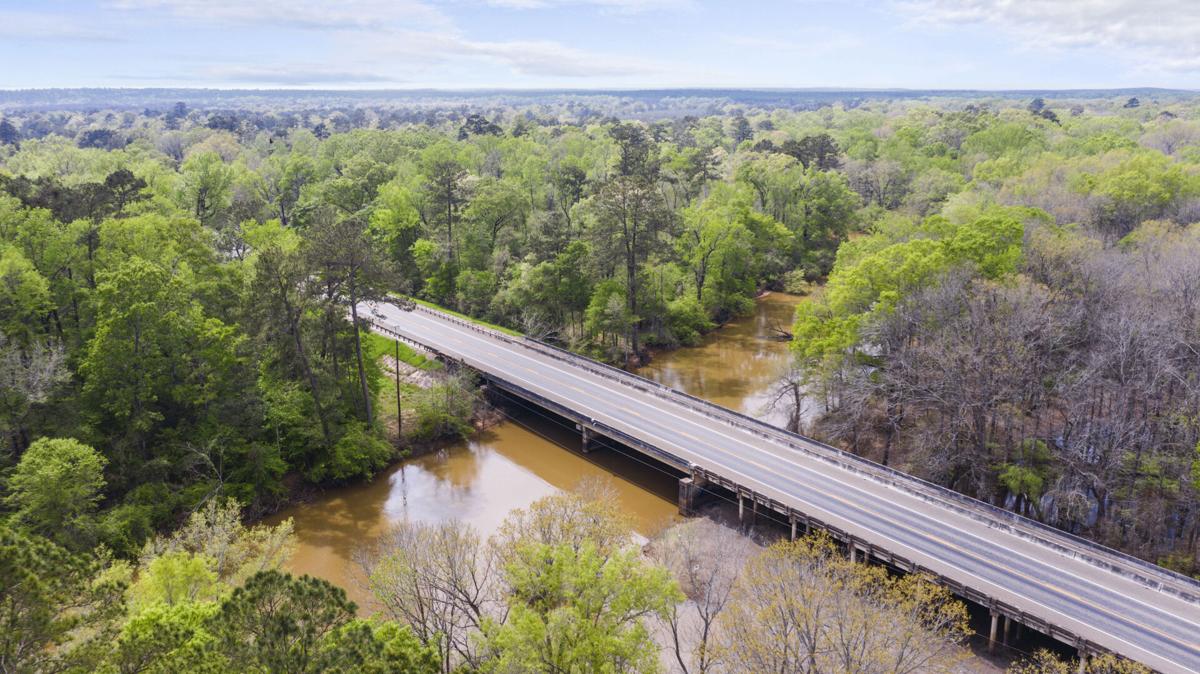 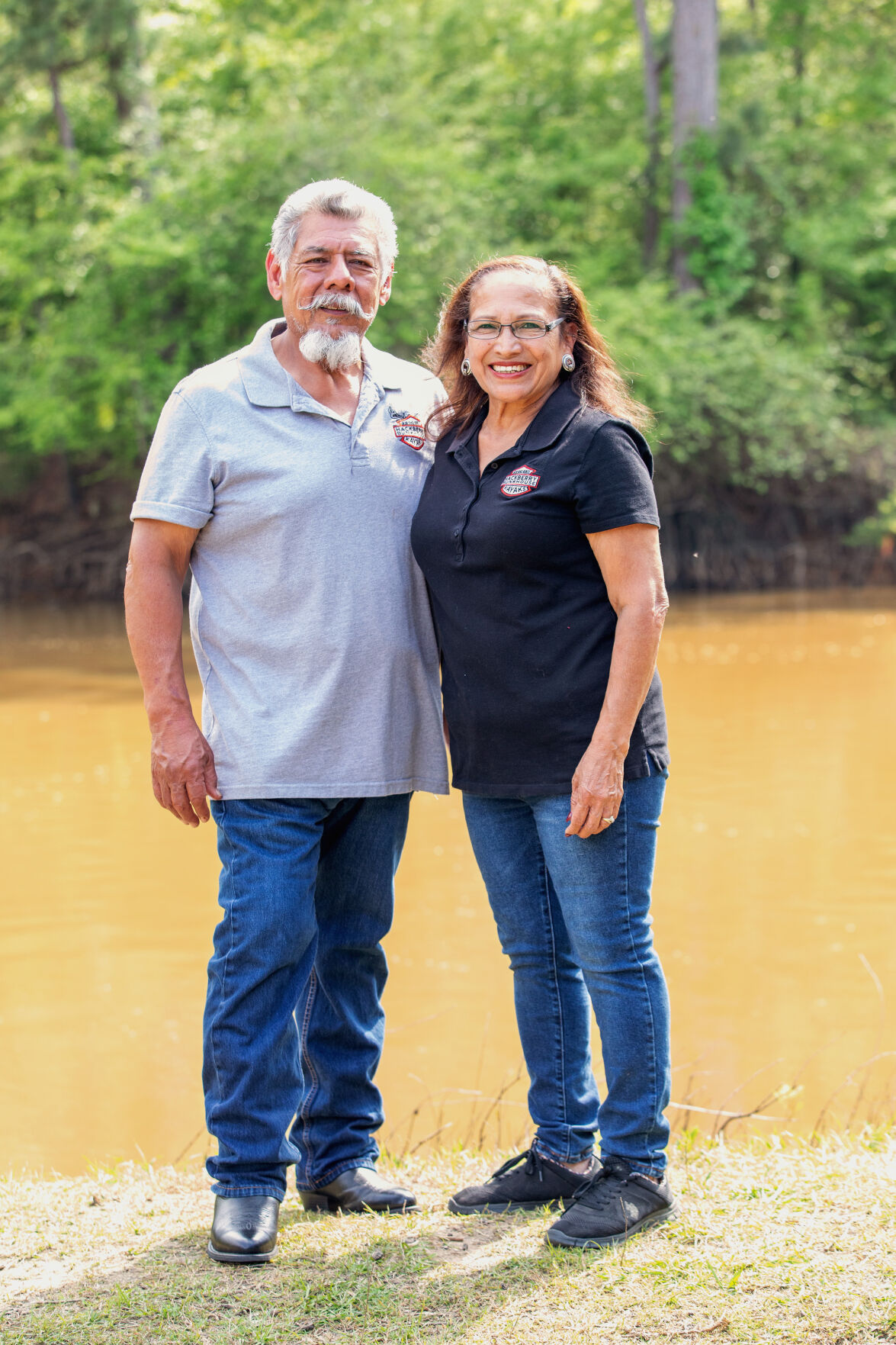 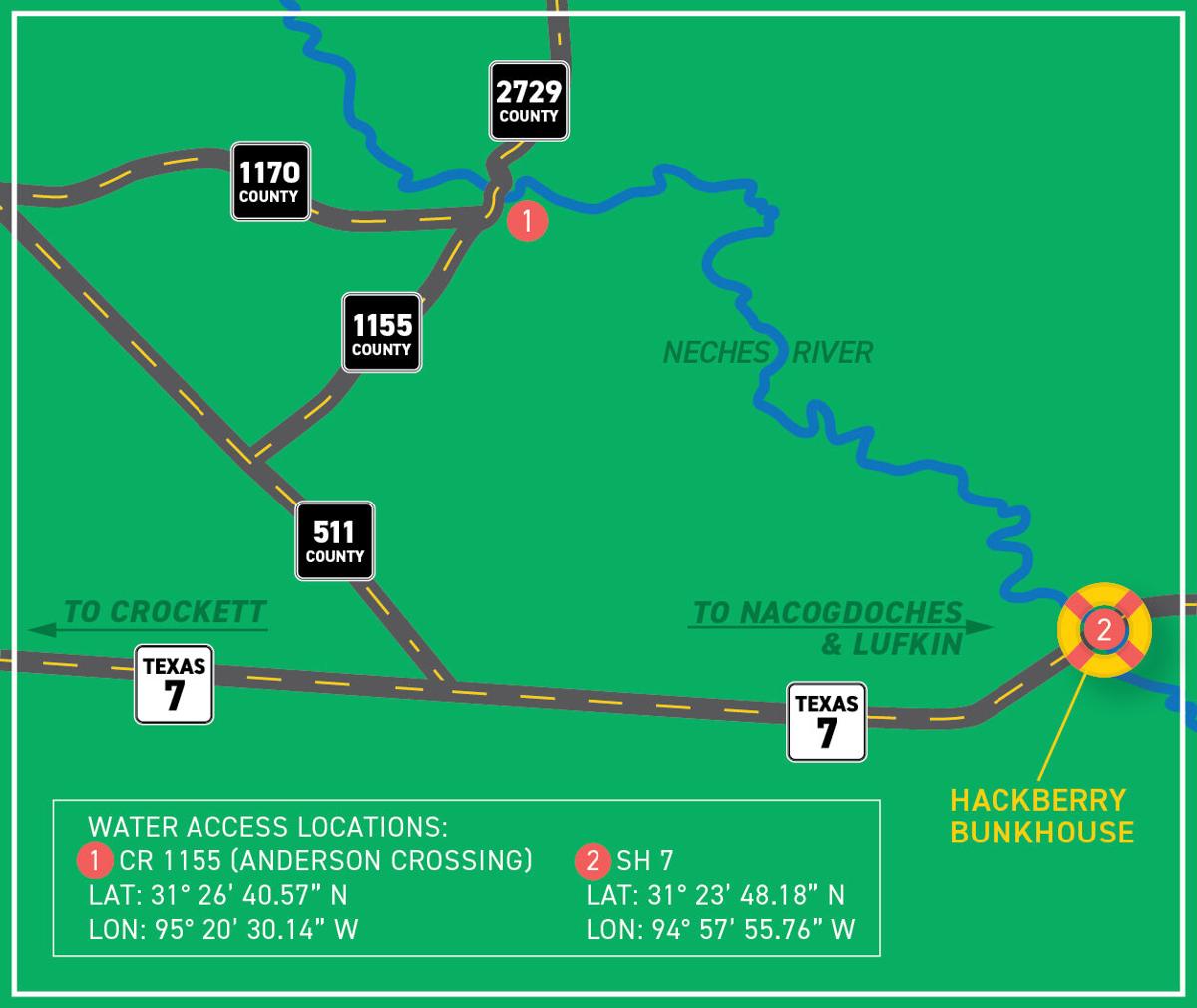 Frances Garza Rodriguez is terrified of the water, which is why she was surprised to see her face painted on the side of a building just off state Highway 7 at the Neches River bridge.

The recently painted mural features Frances, smiling from the seat of a kayak, paddling through the waters of a forest-lined river. It’s not something Frances has ever done or ever planned to do ... until now.

That’s because the river is now the family business.

Painted by Lufkin artist Lisa Sommers, the mural was the first sign something unique was about to happen in East Texas — and it’s not painted on just any random building.

It’s the new Hackberry Bunkhouse & Kayak Rentals — the first and only kayak outfitter on the Upper Neches River. The next closest outfitter is 124 miles away in Louisiana.

Most East Texans have probably never gotten to experience the wild and wonderful Neches unless they own a kayak. Even then, getting back to their vehicle after their paddle puts them — well — up a creek.

A 9.2-mile stretch of the Neches was officially designated as the Neches-Davy Crockett Paddling Trail in 2010, but because of the lack of an outfitter, this part of the Neches remained mostly solitary over the past decade.

But with the opening of Hackberry, kayak-happy enthusiasts now have the opportunity to experience a paddle through the pine curtain on the calm current of the Neches, with the convenience of rentals and shuttle service.

And Hackberry isn’t just for the river-bound. It’s open as an oasis to hunters, hikers or anyone who needs a place to rest after a day of outdoor adventures in the nearby forests, trails and lakes.

“I’m so encouraged to hear that Hackberry is opening,’’ Julie Shackelford, Texas director of The Conservation Fund, said. ‘‘It just might foster an increased love and appreciation for our river within our community. I think it will draw people from around the state to East Texas to paddle on the Neches River.”

And more people on the river isn’t necessarily a bad thing.

“It will stimulate recreational activities in the area and allow for more education and outreach,” she said. “It will also give the community a better opportunity to experience what we at ANRA work so hard to conserve and protect.”

Frances’ parents are the owners of Hackberry. Albert and Maria Rodriguez bought a little plot of land near the river in Apple Springs years ago. They just wanted a quiet place to hunt, fish and camp with their children to escape the hustle and bustle of their home in the big city.

As a child, Frances’ fear of the water caused her to be protective of the other children in the family — making sure they always had life jackets and safety whistles — and that they knew what to do in an emergency when out on the water. She always kept watch from the riverbank, but never quite took the plunge herself.

The family eventually opened a small camp for hunters. Visitors would frequently ask if they could rent kayaks to explore the river, but with no such place in the area, the Rodriguezes realized they had stumbled upon a dream business opportunity that was also a much-needed, but missing, local resource.

However, location, timing and finances put the dream on hold.

As the years passed and their children grew and had kids of their own, the Rodriguezes needed more space to accommodate their growing family and the growth of their business idea, too.

With the hope that establishing Hackberry would keep them afloat throughout retirement, they dove in and purchased land further up the Neches River on state Highway 7 and began renovating the property.

“We started going to the river because of our children and nephews. There were so many fun memories made on the river with our family,” Maria said.

And although there were times when it seemed impossible, prayer, encouragement and help from family and supporters has turned their dream of providing a place for others to make memories with their own families into a reality.

“Our plan is to stay here for many years to come and continue the tradition,’’ Maria said. ‘‘When we started this, it made me a little nervous, but we have continued our dream and we are so close to the dream. We are almost there.”

The bunkhouse has a sleeping area for nine, a kitchen and dining area, a bathroom with shower and a family room with a pool table. Outside, the river is just a stone’s throw away, but guests also can relax around the fire pit, visit with birds and turtles at one of several ponds or sizzle up a delicious dinner on the outside grill.

No matter what you choose to do while there, the Rodriguezes just want visitors to feel like family and have fun, according to Albert.

“You are welcome to come out and enjoy the quietness or make as much noise as you wish,” he said.

Albert and Maria would like to thank the following individuals for their support: Albert’s mother, Virginia Rodriguez, for her prayers, encouragement and financial support; their daughter, Frances Garza, for help with advertising; their granddaughters: Esai Trejo, Frances Maria Garza, Priscilla Garza, for their research; Leighana Dixon for painting the interior cabin mural; Lisa Somers for the mural on the cabin exterior; Kimberly Wagner with the Angelina & Neches River Authority.