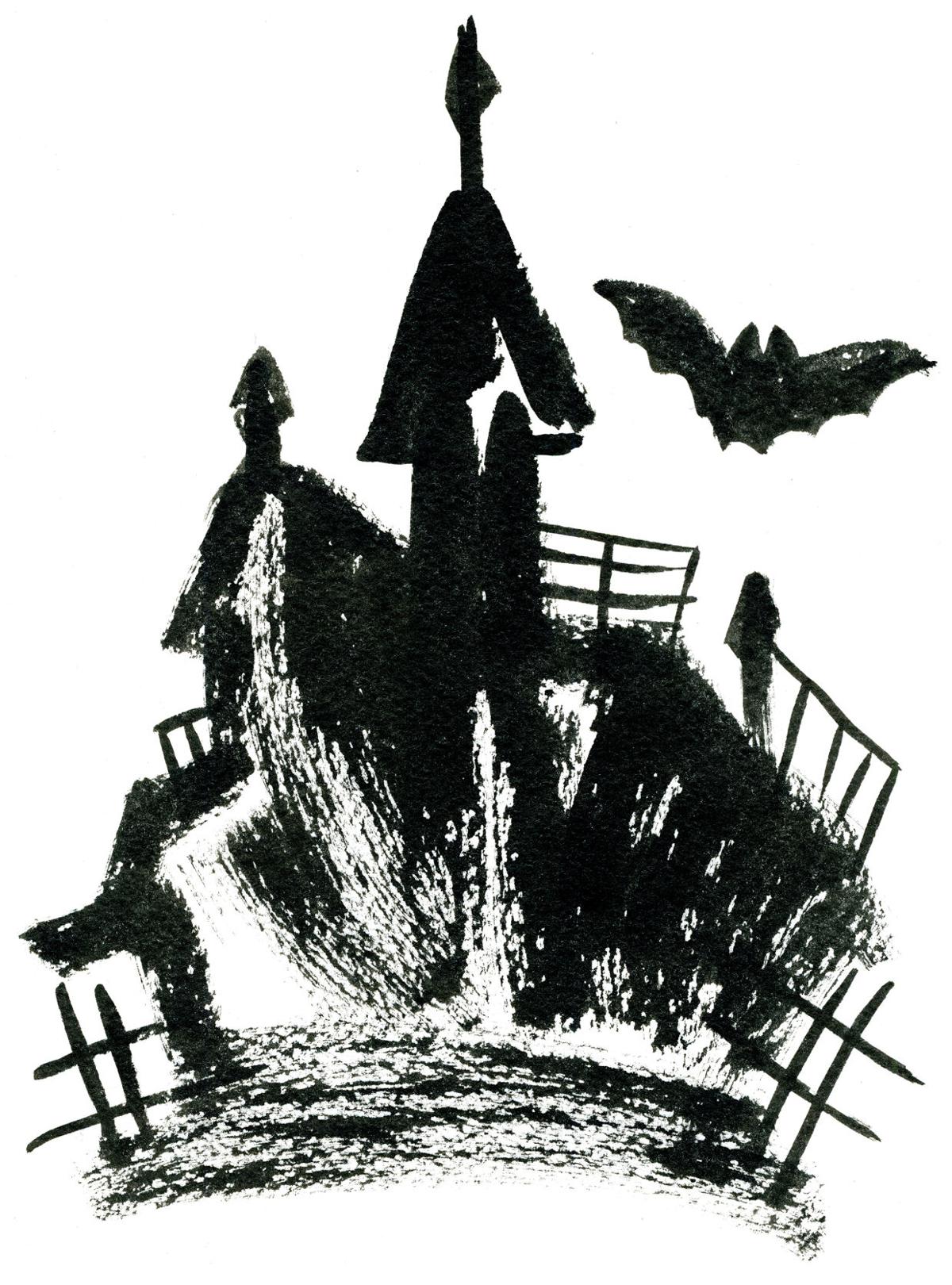 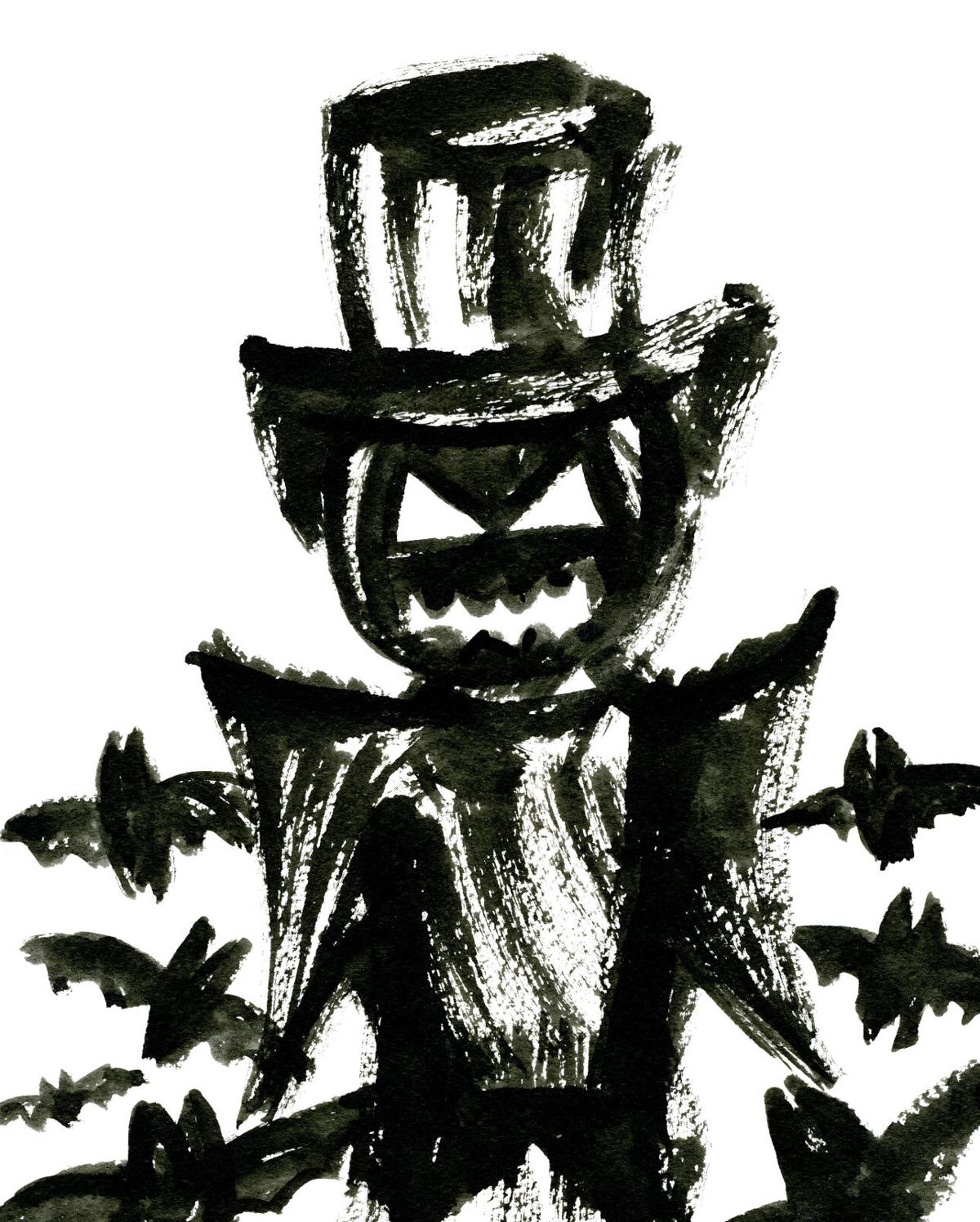 THE GHOST OF GLENDALE

As the church meeting ended, and darkness descended on the Glendale community between Groveton and Trinity, the Smith family piled into their wagon and rounded a bend and headed for a rickety, nondescript bridge spanning a stream. The stream had another name, but it was best known as “Ghosty Branch.”

The bridge, a creaky wooden affair that people didn’t like to cross, especially at night, had been there for years.

As the Samuel Smith family made their way across the creek, those in the wagon looked ahead of them. A large, formless, man-like creature rose from the ground by the edge of the forests. The creature blocked their way and waited for them, standing by an old stump the had been in the woods for decades.

Mr. Smith, driving the wagon, shouted and cracked his whip which sent the wagon lurching forward as the team of horses bolted ahead.

Inside the wagon, Roy Holland, the Smiths’ hired hand, leaped clear of the wagon, rushed ahead of the horses and began firing his rifle at the thing.

The ghost-like creature turned away and rushed up the creek bank. He paused by a tree stump, then disappeared.

The wagon cleared the bridge and careened up the hill, Roy hanging on behind. He had emptied his rifle, but he had known it wouldn’t stop the ghost. The ghost had stalked the creek for as long as any of them could remember.

Years ago, Samuel Smith remembered that the creature had jumped some men hauling hay at the same crossing. Their truck stalled and they left it and ran two miles to the main road.

Ghost Branch had wandered across the Smith land for generations. And the thing always seemed to threaten people and drive them away. At other times, it was as if it wanted to lead a man to something near the old stump by the creek.

What stalked the deep woods of Trinity County was not known. It was man-like, but not quite human. It looked like an upright animal of some kind.

The thing had been in the woods for as long as men could remember.

What stalked the woods was not known, only guessed at. In the days of the Confederacy, the forests not only hid men escaping the war, they hid gold because people distrusted Confederate paper.

“My grandfather was a lawman before he turned to farming,” said Samuel Smith. “He was coming home late one evening and, right by the bridge, the thing rose up and grabbed the reins to his horse. He let the thing lead his horse into the trees. But when they neared the stump, it was too much; he jerked his reins loose and used his spur, breaking away from the thing.”

On the other hand, another Smith, Alfred, who was a preacher and circuit rider, saw the thing every time he crossed the Ghosty Branch at sundown. It never bothered him at all.

Samuel had once confronted the thing when he and Roy Holland, walking home from a sick friend’s home, were attacked at the Branch’s crossing.

Smith fought the thing was a knife, slashed him a few times, and lost his new hat in the melee. The next day, Smith returned to the bridge and found the hat lying on the bridge, trampled and torn. His coat had been torn, too, and from then on, he never walked the road alone at night.

THE GHOST OF AN INDIAN CHIEF

Along an Angelina County creek near the old Boykin settlement, the ghost of Indian Chief Popher is supposed to wander near an area where he was buried in the 1800s after being hung for a crime he did not commit.

Timothy Griffith, an amateur historian and author of “East Texas: The Memories,’’ has fleshed out some of the Indian legend, as well as the circumstances of Chief Popher’s hanging. According to his research, Chief Popher died for one of three reasons:

One, it began when Popher’s young son committed a crime. A white man supposedly stole a cow from the young Indian, who took his revenge with the thief’s life.

Two, the young Indian may have killed a white man for raping an Indian woman.

Three, the Indian took something from a white family.

“In those days, the two things an Indian on the frontier cherished most were his cow and his woman,” said Griffith. “So it may not have been unusual for a young brave to seek retribution for losing his property.”

The young brave was seized by a lynch mob, but the old chief appeared before the mob offering his own life for his son’s. “I am an old man, and my son is young. If you must have revenge, hang me,” he pleaded.

Mrs. Ruth Arvin of Livingston said her grandmother bought the land on which the old chief was hanged. As farm workers plowed the land, they uncovered human bones, surrounded by Indian artifacts. The bones, supposedly those of Chief Popher, were buried in a local cemetery.

For years, there have been stories of the chief’s ghost wandering along Popher Creek, looking for his son. In the 1980s, a family camping in the Popher Creek Recreational Area near Sam Rayburn Reservoir was startled during the night by what appeared to be an Indian who had emerged from the mist. He stood silently for a minute and walked back into the mist.

In the late 1940s, more than a few residents living along what is now North Raguet in Lufkin claimed they saw a ghostly Nazi soldier walking slowly behind a stone gate built in the 1940s to mark the entrance of a camp housing Nazi war prisoners-of-war sent to Lufkin to harvest timber.

Known as Camp Lufkin, the facility’s prisoners were well-behaved and became so proficient in felling and hauling timber to the Lufkin area’s sawmills and paper mill that they became part of Lufkin’s lumbering community.

But in early August of 1944, a bus carrying twelve prisoners collided with a gravel truck at the intersection of Denman and Charlton Street in Lufkin. Neither of the drivers saw the other vehicle until it was too late to avoid the collision.

The Nazi POWs had stacked their axes and saws in the back of the bus and, upon impact, the equipment flew into the interior of the bus, killing one prisoner, seriously injuring two, and inflicting wounds on the others.

The POW who perished was cut horribly around his neck and died at the scene.

But, as the months passed, Lufkin residents began to report that they had seen an apparition near the stone gates near North Raguet. The apparition posed no threat and often sat on the stone gate, quietly looking around as if he were confused by his whereabouts.

In the late 1960s, when a reporter for The Lufkin Daily News took a photo of one of the stone gates, he carried his film back to LDN and, when it was developed, the photo was blemished with a fuzzy white splotch that resembled a human.

The photo was discarded and the reporter returned to the gate to shoot a new photo. The new photo contained no splotch.

With the end of World War II, many Nazi prisoners were returned to Germany. Some, however, remained in East Texas. One, Curt Goetz’s father, became a prominent San Augustine businessman.

Among those that stayed was the worker who was killed in the traffic accident of August 1944, but only as a ghost who occasionally appears sitting on the stone gate on North Raguet Street.