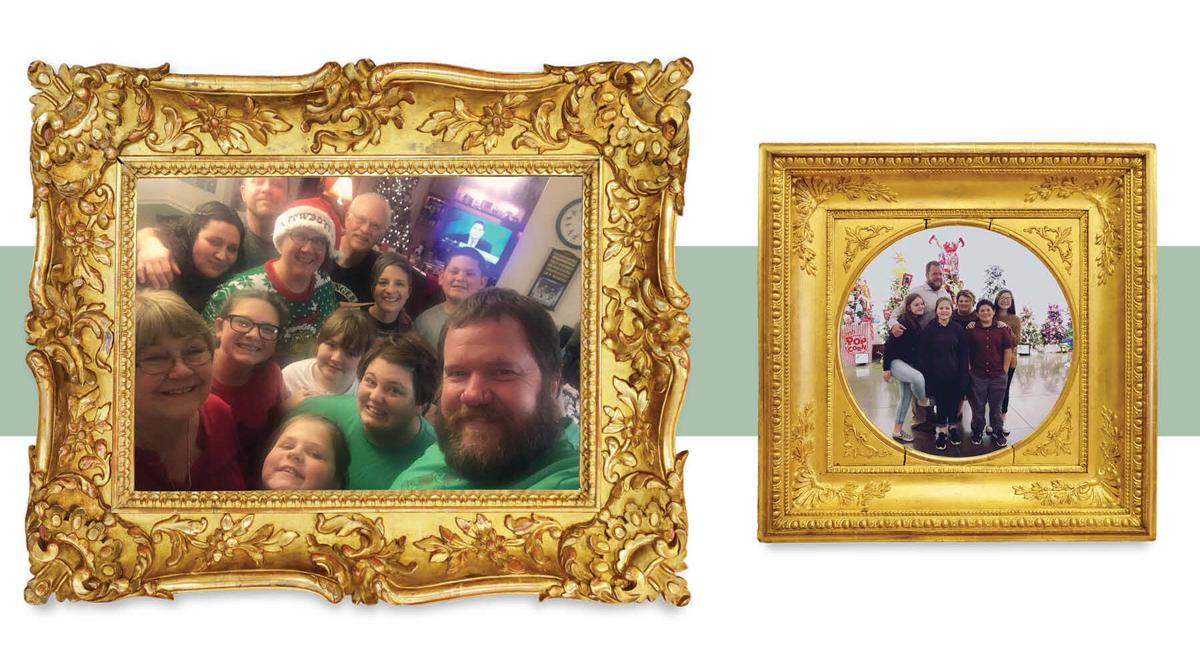 For better or worse. ’Til death do us part.

Those are the vows repeated at almost any semblance of a traditional wedding.

For whatever reason, Christmas traditions fall into that area of things that slip between the cracks.

At first glance, it seems so easy.

Surely the way you’ve always done it is the way it’s “supposed” to be.

It could be putting up the tree while Christmas caroling after feasting on turkey on Thanksgiving night.

But what happens when your significant other has a different way that it’s “supposed” to be?

I’m sure there are plenty of couples that had this conversation long before it was time to put up their first Christmas tree together.

I’m more certain my wife and I weren’t one of those couples.

There are probably too many examples to list, but the first that comes to my mind is the time-honored tradition of putting up the Christmas tree.

When it was our first time to put up the tree as a true family, I did the old reliable of pulling out boxes of mismatched ornaments that dated back at least 30 years.

I even made sure the candy canes were right there with us. After all, what is a Christmas tree without candy canes?

Having dated for a few years, Barb had seen this tradition at least once before.

But this time, it was a little different.

It was no longer my house. It was our house.

And I had a pretty good feeling her idea of the perfect Christmas tree was just slightly different than mine.

So I went ahead and decided it would be better to ask for forgiveness than for permission.

Before the craziness began, I noticed that little look creep across Barb’s face that said she may tolerate this, but she wasn’t necessarily going to like it.

As a photographer and event planner, aesthetics mean everything to Barb.

And it’s safe to say our first Christmas tree, with non-matching ornaments, streaming decorations and burned out lights wasn’t necessarily the one she saw in her dreams.

I think her face started to change when she saw my third-grade head on an angel ornament I must have decorated either at church or school.

This might have not been her ideal tree. But it was the perfect one to be our tree.

The homemade ornaments turned into stories, which turned into laughs, which most importantly turned into a night of reflecting on old memories while making new ones in the process.

Instead of blaring the sound from a football game I would usually have on, she added her own Christmas music while mixing in a holiday movie or two.

And in the process, the night became more than just adding a tree to the home decorations for a couple of months.

It became about making my/his/her/the kids’ Christmas into our Christmas.

For anyone with a blended family, the challenge can be tough on a good day and nearly impossible on a bad one.

Barb brought Cameron and Jaylen along to our circus we call a family. Sierra and Spring were already on the ride with me.

Blood or not, I usually avoid the step part of that equation to the point many are confused Cam and Jaylen don’t share my last name.

They’re our kids and it’s our family, for better or worse.

And in that night, they got to learn their dad was once a kid, too. I had made the same embarrassing school-made ornaments they bring home every year.

Barb had her own wildly different tales of Christmases growing up with her family and the others she called family.

Before she was a mom, she was just a kid with her own Christmas memories.

As the tree filled up, we talked. We laughed. And I’m sure we even shed a few tears.

That tree is just one of the memories that have stood out about our not so little family.

I think Barb finally came along to looking forward to that mismatched tree in the living room.

And I’ve come around to tagging along with her in her own charitable events when she’s passing out presents to those who need them most.

Instead of spending the entire holiday season at the house, Barb has had us go along for a “Polar Express” train ride or the occasional trip to see the trees at the museum.

From Christmas Eve with my parents to the post-Christmas tradition somewhere downtown with Barb’s family, the holiday events seemingly never stop.

And I can’t act like Christmas is always easy.

There have been Christmases where Cameron and Jaylen were at their grandma’s house in Arkansas when it wasn’t quite the same.

Then there was the last Christmas Sierra and Spring got to share with their mom, Cher-ron, before she lost her battle with cancer a few months later.

The holiday season will always have its share of headaches and heartbreaks.

Will there ever be a perfect Christmas?

But somehow or someway, in my mind, Christmas with my family is as close as it gets.